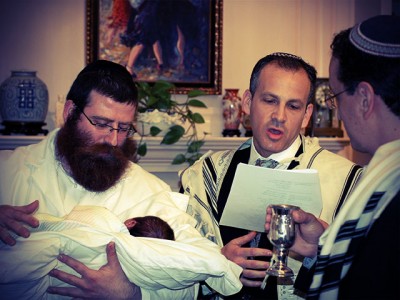 It’s All In The Name

Our Sages tell us that the name of an individual reflects his character and essence. It is what connects him to his spiritual soul, serving as the conduit to his spiritual sustenance and nourishment. Therefore, the giving of a name is a serious undertaking and involves a great responsibility. The Kabbalist Rabbi Yitzchak Luria (known as the Ari HaKadosh) writes, “When a person is born and his father and mother give him his name…the Holy One puts into their mouth the particular name required for that soul.”

My Hebrew Name is My Real Name

The Torah tells us that one of the reasons why God delivered the Jewish people from their bondage in Egypt, was that they did not alter their Jewish identities, particularly, their Jewish names. Indeed, throughout history, Jews have always taken pride in their Jewish names. Our Sages tell us that in the merit of maintaining our Hebrew names we will help hasten the final redemption in our times.

Who Gets to Choose?

The parents of the child are the ones to choose the infant’s name. The giving of the name should be by agreement of both parents. However, if the parents disagree on a name and they live in a place where there is no established custom, a common solution is for the name to be chosen in an alternating order. The father chooses the name for the first child, the mother for the second, and the father for the third, etc.

Some people name their child after a relative, such as a grandparent or great-grandparent, to perpetuate the deceased person’s memory. Some choose to name their child after a great Jewish leader or a Biblical figure. Still others choose a Hebrew name simply for its meaning, for example “Chaim” which means “life” or “Simcha” which means “happiness.”

It is the custom among Chassidim to name their children after their Rebbe and Rebbetzin. In such cases no other names are appended.