Home » Resources » Jaundice in a Newborn

Jaundice in a Newborn 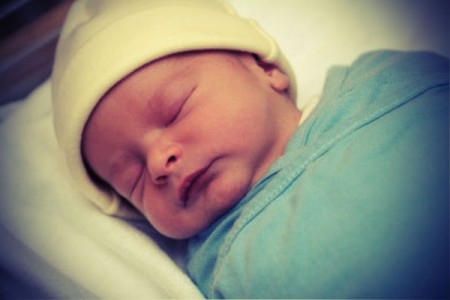 The requisite time for a bris is on the eighth day after birth, as it specifically says “And on the eighth day he shall have his foreskin circumcised” (Leviticus 12:3). Hence, if circumcision was performed prior to the eighth day, it is considered invalid, thereby requiring “Hatofas Dam Bris,” – drawing a drop of blood.

There are many explanations given as to the significance of the Bris being performed on the eighth day. One given by Chassidus is that the number seven represents the cycle of life, as it is the prominent number in the order of nature, i.e. the seven days of creation, the seven days of the week, etc. In this manner, the number eight represents a superior level to the number seven. It is “above” and “higher” than nature. Thus, a Bris is performed on the eighth day, since it is through the act of the Bris that one attains the level of ‘eight,’ surpassing all levels of nature, and embedding within the body an ever-lasting bond that surpasses all levels of rationality and limitations of nature.

Yet, there are certain situations where Halacha prohibits the bris from being performed on the eighth day. In such cases the Bris is postponed to a later date. In these delayed situations, the postponed date becomes the proper halachik date to the extent that some rabbinical authorities say that a bris done prior to its proper halachik date may be considered invalid, requiring Dam Bris. The Rebbe writes that at the postponed bris, the child will obtain retroactively all the benefits associated with an eighth day bris.

The most common reason for postponing the bris is a condition called Jaundice, where the infant’s skin and eyes have a yellowish appearance. The Halacha states that with this condition, and when the child’s health is in doubt, we postpone the bris -­­ for a bris can always be done on a later date, but we can never return a life. We have also seen this emphasized by the Rebbe, that whenever there is a doubt, or even if there are opposing opinions by a Rabbi, a Mohel or a Physician as to the child’s health, the Rebbe writes that the proper thing to do is to postpone the bris for the above mentioned reason.

The word jaundice comes from the French word “jaune,” meaning “yellow.” It describes the yellowish or light orange appearance of the whites of the eyes and skin. Jaundice affects as many as 60% of all newborn babies.

Throughout life, and especially just after birth, the body generates, breaks down and regenerates red blood cells. One of their functions is to carry oxygen from the lungs through the blood stream to the tissues of the body. When the cells break down, a substance in the red cells known as hemoglobin is released and is changed into a yellow toxin entity called bilirubin. This is normally removed by the liver and is discharged from the body in the stool, through the bowels. Hence, if the baby’s liver is not fully functioning, or if there is some other sort of abnormality, the bilirubin will build up in the baby’s bloodstream, causing the skin and the whites of the eyes to become yellow in appearance.

This color change progresses from head to toe, so an infant with mild jaundice may appear yellow only on his face, while one with severe jaundice will be yellow over his or her entire body. After being processed by the liver, most bilirubin is removed from the body in the stool, through the bowels. Anything that increases the number of bowel movements (such as frequent feedings) will help excrete the bilirubin.

“Physiologic jaundice” is a commonly used term for mild jaundice. Newborn infants often accumulate bilirubin because the activity of the liver is low at birth. It usually appears on the second or third day of life and peaks during the second half of the first week in full-term and near-term infants. This jaundice will often disappear within a week with­out any treatment.

“Pathologic jaundice” is a term used to describe a condition which is caused by an illness or other medical prob­lem. For example, if a mother and baby have different blood types, the mother may pro­duce “antibodies” that destroy the newborn’s red blood cells. This condition, called “Blood Group Incompatibility,” can cause a sudden, serious increase in bilirubin.

Excessive jaundice, which is also called “sever hyperbilirubinemia” can lead to “Kernicterus,” a potentially irreversible bilirubin-induced neurological dysfunction (brain damage) and, if not treated, may even be fatal. The clinical risk factor for this condition includes early onset of jaundice within 24 hours of birth; a previously jaundiced sibling; East Asian dissent; male gender and more.

Recent reports suggest an increase in the frequency of kernicterus in the last decade. Research suggests it is the result of early hospital discharge, with no follow-up, as well as a failure to recognize the presence of risk factors for hyperbilirubinemia and poor underestimation of the severity of jaundice by purely visual assessment. The American Academy of Pediatrics, as well as the U.S. Agency for Healthcare Research & Quality, have struggled to set new recommendations for the monitoring and management of jaundice.

Jaundice is often caused by a baby not getting enough breast milk. Because he or she is not consuming enough, sufficient stool is not forming and the bilirubin cannot be removed from the body. The best way to treat this is by breastfeeding more frequently (at least 8 to 12 times per day). This will cause more stool to be formed, the bowels to move more often and remove the bilirubin from the baby’s body. Giving extra water will not help.

Late onset of jaundice can be seen in the second and third weeks of life. Bilirubin levels remain higher than normal, but almost never reach a dangerous level. This is probably due to a substance in the breast milk that interferes with the removal of bilirubin. Usually no treatment is necessary for this type of jaundice. Occasionally a mother may be asked to stop nursing for 1 or 2 days and use an alternative feeding method. (It is important for the mother to use a pump during this time so she can begin to breastfeed again as soon as the bilirubin level has fallen).

The level at which jaundice may be dangerous depends on many factors: the baby’s age, whether the baby was full-term or premature, and whether the infant has any other medical conditions. When the bilirubin level becomes too high, jaundice can be dangerous to the baby’s developing nervous system. This happens very rarely. If your doctor or mohel are concerned that your baby may have serious jaundice, a test should be taken to measure the bilirubin concentration to see if it is at dan­gerous levels.

When a baby’s jaundice does require treatment, a technique called phototherapy is generally used. Phototherapy simply means treatment using light. Either sunlight or artificial light speeds up the removal of bilirubin from the body. In phototherapy, the baby’s skin is exposed to special, high-intensity fluorescent lights, often called “bililights.” All the baby’s clothes are removed, and the eyes are covered for protection. In some cases, a fiberoptic phototherapy blanket may be used to provide this treatment.

Phototherapy continues until the amount of bilirubin in the baby’s blood falls to, and remains at, a safe level. The bilirubin level is checked regularly by testing a small sample of blood, usually taken from the baby’s heel. Some babies may need to stay in the hospital for a short period after the phototherapy is finished to make sure that the bilirubin level doesn’t rise again.

Babies with severe Blood Group Incompatibility or other very serious forms of jaundice may need different and more rapid treatment. The most effective method is an exchange blood transfusion. During an exchange transfusion, a slender catheter or tube is inserted into a large vein in the baby’s navel. The infant’s blood is very gradually withdrawn and replaced with donated blood. In this way, the excess bilirubin is removed from the baby’s body. Exchange trans­fusions are extremely rare and are hardly done in the US.

Jaundice as a reason to postpone the Bris

Because jaundice is a symptom of some type of abnormality in the body – an indication of an increased level of bilirubin in the blood – all conditions of Jaundice should be closely monitored. Conditions will vary from minimal or slight risk to dangerously high and life threatening. One should always consult a Mohel or a physician when jaundice is detected. You may find the Mohel to be more stringent in this manner often postponing the bris even though the doctor permits the circumcision.

The severity of jaundice and its effect on the timing of a bris can be divided into three categories.

1. The first level is a slight jaundice that has already peeked and is now decreasing. This condition, in itself, is of no concern. A Bilirubin count of 10mg/dL or less in an otherwise healthy full term infant will generally not postpone an eighth-day bris.

2. The next level of jaundice is a slightly stronger yellow appearance. Here, the bilirubin count is anywhere from 11mg/dL to 15mg/dL. At this level there are two medical opinions regarding circumcision. One says that it still is considered within the normal range and will probably clear by itself, thereby allowing circumcision to be performed. The other will not permit circumcision. They say one should first wait for the jaundice to clear, as all non-critical surgeries are postponed with any signs of abnormality. They also point out that jaundice may be a sign of low oxygen level in the blood. Oxygen in the blood is an importing agent in the healing process. At this level of jaundice, or whenever the infant’s health is in doubt, we postpone the bris until the day after the condition clears.

3. The third level of jaundice is when the bilirubin toxin reaches extremely high levels. At 15mg/dL and higher these levels can cause brain damage to the child if not controlled. In most such cases, the child is sent back to the hospital for phototherapy. This condition is considered to be a general illness and therefore the bris is postponed for seven full days from when the bilirubin level drops to about 10mg/dL or less.

One should always consult a Mohel prior to setting a bris date. In different countries there may be different levels of tolerance – some more tolerant and some less. However, in the US, the above mentioned levels are generally accepted by most Mohalim.