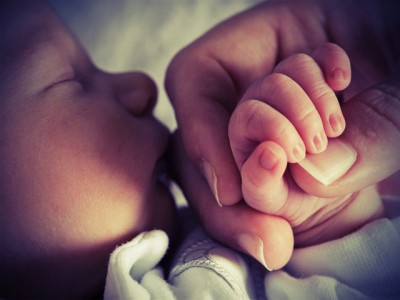 A common misconception is that the baby experiences a great deal of pain from circumcision. In truth, the performance of RITUAL circumcision on an infant is almost painless for the child. In contrast, the method of circumcision practiced in most hospitals today uses a Gomco clamp to crush the skin and seal the blood vessels, giving an almost bloodless circumcision but with great and extended pain to the infant.

Ritual circumcision, is performed using a finely honed blade of surgical steel (its edge is comparable to a scalpel) and a non-constricting guard which is placed over the foreskin. The procedure involves the removal of a small piece of skin – no flesh or muscle is cut at all!

The statement that circumcision is almost painless to the child is not made lightly. Indeed, it has happened that while performing a circumcision on an adult, the local anesthetic has not taken effect. This occurs in rare cases where the patient is immune to the anesthesia. In one particular case, the patient experienced absolutely no pain from the circumcision itself. After the circumcision was completed, he inquired as to when the procedure would begin. It was only when the attending surgeon attempted to tie off the blood vessels and to suture the skin, that he made it known in a most vocal manner that the anesthetic had not taken. Since a newborn does not require sutures and does not need the blood vessels to be tied, he does not experience this pain. In addition, it should be noted that the nerves in a newborn on the eighth day are not fully developed.

Many parents ask our Mohelim to describe the feeling of a Bris. It is impossible for an adult to accurately voice an infant’s feelings, but the following anecdote gives a sense of the ritual performance:

On one occasion, a highly experienced Mohel was supervising a student performing a circumcision. The Mohel was holding the infant on his lap during the procedure (he was the Sandek). The student performed a perfect circumcision and he was about to close the diaper after completing the dressing, when the Mohel noticed some blood on the diaper. Concerned that the dressing had not contained the bleeding, he reopened the diaper. The dressing was neatly in place and there was no bleeding.

Puzzled, he once again closed the diaper and was surprised to find additional blood on the outside. It was only at this point that the Mohel discovered that the student had inadvertently cut the Mohel’s finger during the procedure. The cut was all the way to the bone and yet the Mohel had not felt a thing. If a deep wound to the bone did not cause any pain in an adult, certainly a superficial skin cut with the same instrument should not cause any pain in a newborn – especially since the nerves in a newborn are not fully developed.

If this true, why then does the infant cry? A newborn will tend to cry as soon as his diaper is opened and he is uncovered. This may be due to a need to feel enclosed or merely due to feeling cold. If one pays careful attention one will see that the baby starts to cry before any procedure has actually been performed. Notice also, that the infant stops crying shortly after the procedure and then usually falls asleep. The discomfort experienced by the infant afterwards is mainly due to the dressing on the wound, which is foreign to the child.